X is for Xanthous and also for Xanthotype Moth
Xanthous is a Greek adjective used to describe a yellow colour.  I read in a couple of places that xanthous  colour was that of the yellow of an egg yolk. Seen below the yellow yoke of a freshly boiled egg  cut in half for my morning's breakfast. 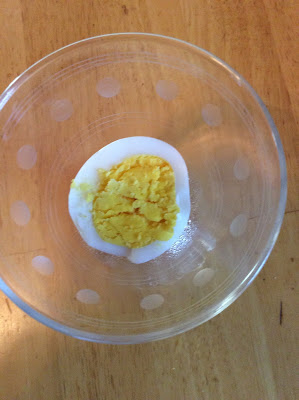 Several years ago I found a pretty yellow moth in our yard. I found its id and discovered that this moth actually was known by two names.  And most important for today's post I found that it was caled a Xanthotype Moth... go figure.  I guess its yellow colour had an influence on its naming It is also known as a Geometer Moth. 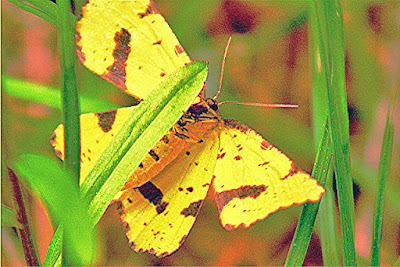 I am linking today to Mrs. Nesbitts ABC Wednesday which can be found at

Very well chosen words for X... that moth is gorgeous, isn't it

Hello, it is a pretty moth. I like the bright yellow color. Happy Wednesday, enjoy your day!

It almost looks like an autumn leaf! Thanks for sharing this.

Very nice! Thank you
I learn something new today. It's always nice to know the names of flying insects.