A Pine Warbler in our feeder area!

Early last evening around 6 p.m. I saw a bright flash of yellow 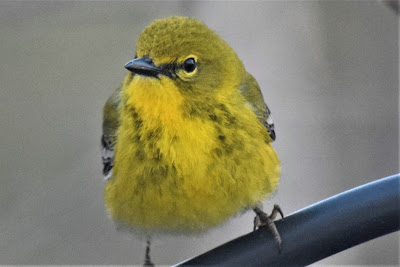 in Bird Alley! I reached for my camera, tracking the yellow! 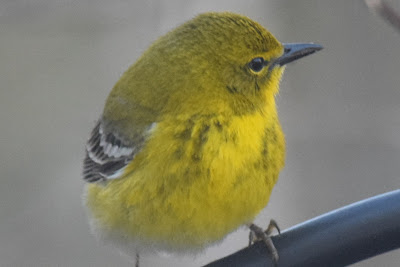 It was interested in the bird food I had scattered on a table. 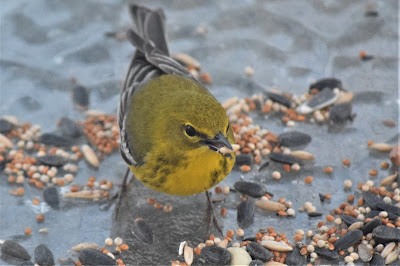 After I had taken enough pictures and the bird had gone I searched through my bird guide books., one specifically on Warblers, but so many of them had beautiful birds with a very noticeable yellow beauty that I was unable to chose or decide which one had been just outside my window?Then I remembered having had a warbler feeding on birdseed a year ago and we had id' ed it as a Pine Warbler,so back to the bird guide books.... ! And YES! it had been a Pine Warbler 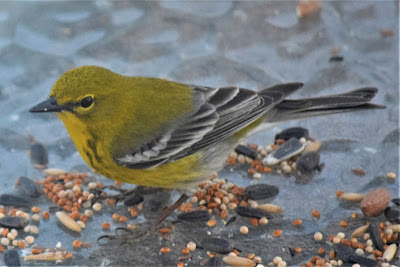 that I had taken pictures of

Pretty shots of the Pine Warbler! Nice visitor! Happy Sunday, have a great new week ahead.

Neat photo!
It is nice to have different birds show up.
This year will hopefully bring more birds around.

Just wanted to stop back and say thank you for sharing your post.
Take care and enjoy your weekend!