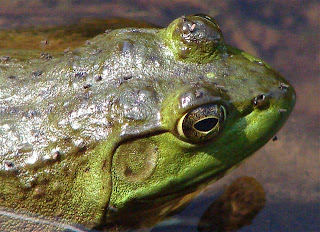 Sitting on a log at the edge of the pond, this Green Frog presented a photo oppor- tunity for a good close up 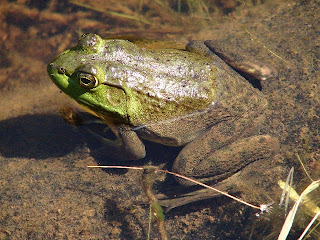 view. Its green upper jaw distinguishes this frog from others. The water line on its body shows a distinct colour change due to the silt in the pond water. The Tadpole shown below may be that of a Green Frog, though that is only speculation on my part as it was found in the same location as the frog. After hatching a Green Frog Tadpole grows to a length of about 3 inches and then overwinters in the water, not tranforming into a frog until the following season. (ref. source: The Amphibians and Reptiles of New Brunswick, Stanley W. Gorham, NB Museum pub. , 1970) 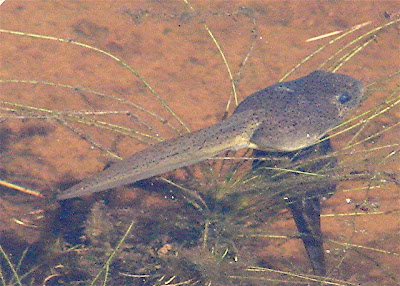