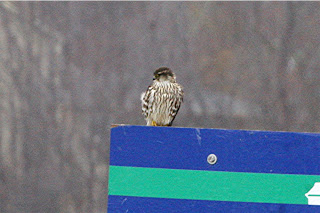 This small falcon was a pleasant, surprise sighting yesterday at Carleton Park in Fredericton North. We had stopped there hoping to see some ducks as we had sighted some further upriver and thought perhaps we would find some near the park too. No ducks were found but we did see a Merlin perched upon a sign near the boat landing. It appeared unhurried and after leaving its perch landed along the river's edge giving me opportunity to take a few more pictures. 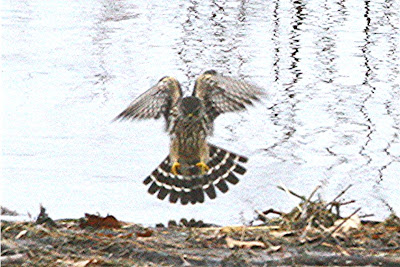 Although the pictures were taken from quite a distance, and I had to do a bit of photo editing so as to highlight the details, the Merlin exhibited some rather interesting poses showing its attractive feather displays. 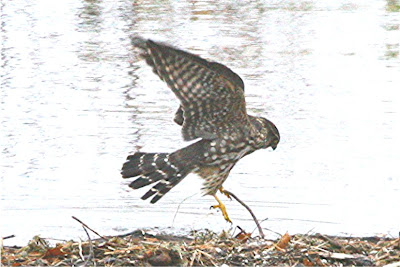 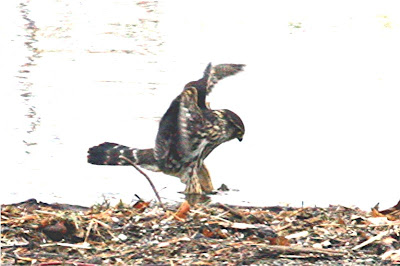 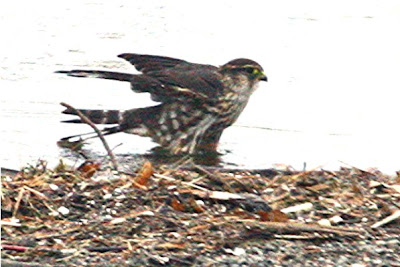 Superb sighting - what was it doing in the water....is it trying to copy an osprey?

Its behaviour was pretty amusing actually and it was a thoroughly enjoyable sighting. It had flown down to the water's edge and then hopped around a bit, as if it were pouncing on something, but we didn't see anything there.

Then it walked into the water, took a drink, and then settled down to have a bath!

I have a few pictures of it in the water and will post them tomorrow.