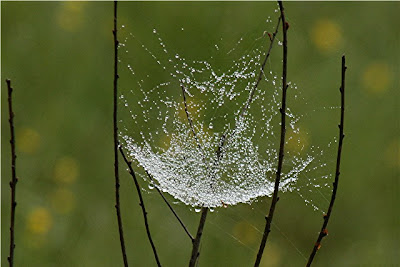 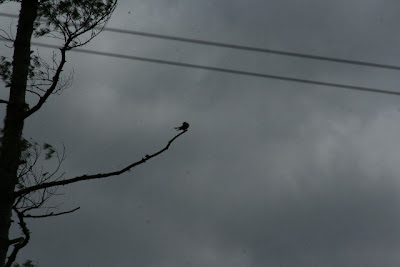 A common looking sky these days. I think an outdoor gathering we were planning on attending today will be ruined. however the identity of this bird at the end of a branch was revealed to me with some photo editing It had seen it sitting on top of a telegraph pole as I drove by and its appearance to my eye. before I could get my car window rolled down made me think of a Northern Mocking bird. A bird which I haven't seen for s few years. However it turned out to be a 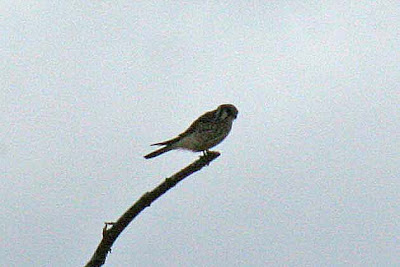 American Kestral. ahhh... the magic of photo editing reveals much. The telltale white stripe on the side of its head is the give away clue. That's about it for yesterday's pictures except for these photos of this beautiful bloom below of Blue Flag appearing in in many ditches now. Its blue spiked end looks so much like the Iris spikes I have in my flower garden ready to open in blossom. 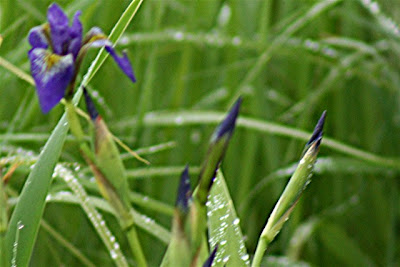 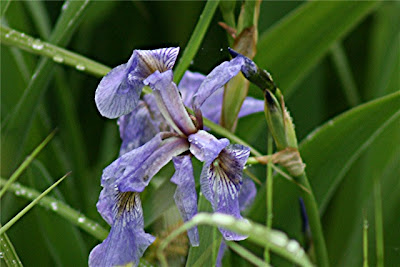 the tattered, wet, appearance of these blue flag blossoms in the photo above.
Today is Saturday, hopefully I can find some yard sale treasure this morning!