This morning I went to the exact location where I had seen the Snowgoose yesterday and the Canada flock was there and in the background a bit beyond the Canadas I saw the white Snowgoose! 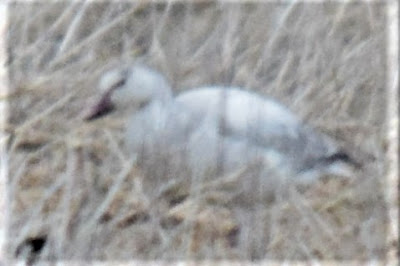 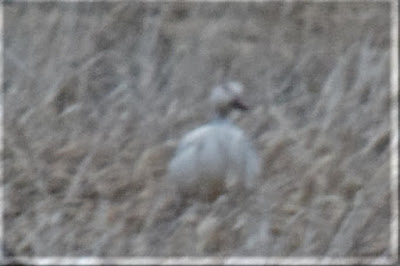 The flock was silently feeding as I observed them and then all of a sudden the took off in flight.  The white of the snowgoose was a standout feature as it trailed behind the main flock of Canadas. 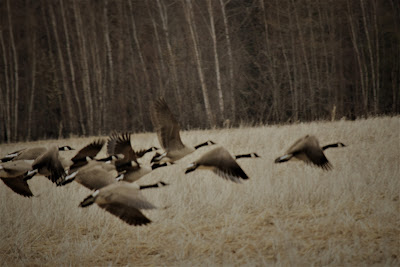 I hoped that I would not lose sight of them and frtunately they landed on the water of a n. earby pond. I could still see the snowgoose in the background. 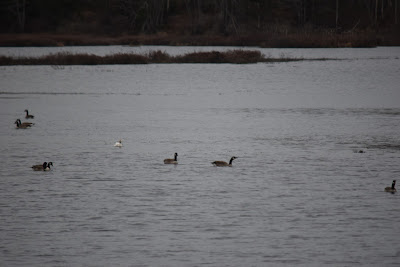 Look carefully to off center left and you can find the snowgoose in the water.
The snowgoose then settled on s small island of land that had risen a bit from the water. 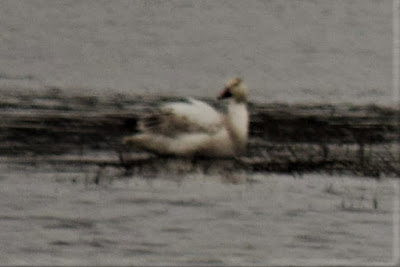 And that is where I left the snowgoose when I returned home around 7:30 a.m. this morning.  I shall check later on this  afternoon
to see if it is still in the region.