A Savannah Sparrow for Camera Critters

It has been several years since I have seen a Savannah Sparrow in Bird Alley, but this week I have had one or two feeding there. I didn't really see it until I had downloaded some  pictures of what I had thought was a White-throated sparrow.  I had been confused as both sparrow species have yellow lores and a white throat ( the savannah's white throat is not as noticeable as the White throated sparrow and the white median on the head of the savannah is not as strong as that of a white throated.  You can see by comparing the pictures that I post.  My first picture is of a Savannah Sparrow and you can see its yellow lores ( the region between the eye and the bill on the side of the bird's head.) 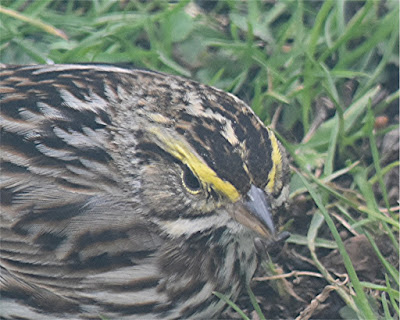 above , a Savannah Sparrow, notice the weak white medium( line) on its head. 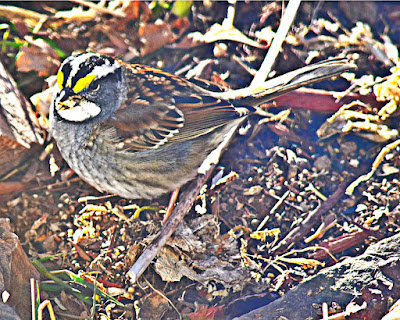 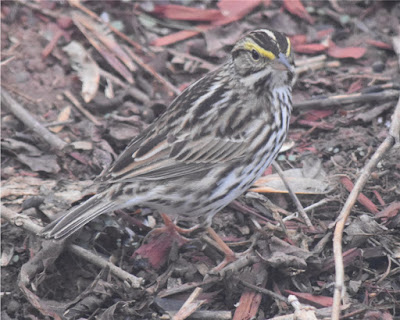 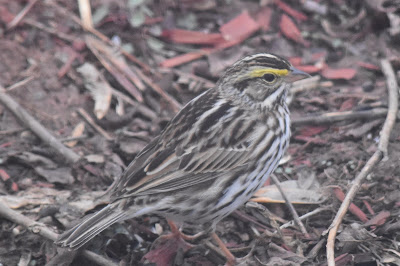 So there you are, Savannah Sparrows.  I hope I haven't confused you too much with my mention of White throated Sparrows.  I would be interested in knowing if others have seen Savannah Sparrows often?
I am linking this morning to Eileen's meme, Saturday Critters, which can be found at http://viewing naturewitheileen.blogspot.ca

Hello, wonderful sighting of the Savannah Sparrow. They are pretty. Great series of photos. Thank you for linking up and sharing your post. Happy Saturday, enjoy your weekend!

Lea said...
This comment has been removed by the author.
9:59 AM

Sparrows are birds I have a hard time telling apart. Thanks for this quick lesson. I saw a White-throated Sparrow in Tennessee (USA), but don't think I've seen the Savannah Sparrow
Have a great week-end!
Lea

Yes, thanks for the tips on identification. I'm still learning lots of birds id's.

Delightful shots of the Savannah Sparrow ~ Magnificent header too!