On May 17th, 2017, I chanced upon a group of Cliff Swallows gathering mud for nest building .I had encountered the same species and same activity the previous year on May 21st. so I immediately knew what they were about and their purpose. 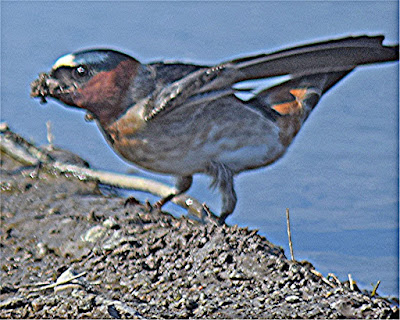 Above a Cliff Swallow with a beak full of mud. 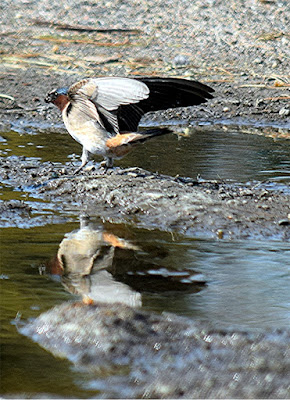 There were several large puddles by the road side and that is where the Swallows were gathering the mud from.  The swallows would use their open beaks to collect the mud to carry to their nest building location to dab it onto their nest. 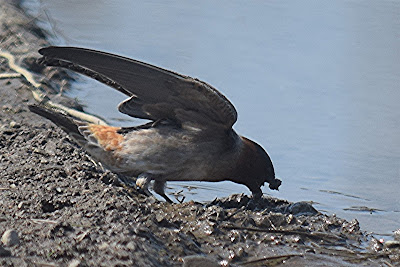 The Swallows would use their beak to gather  a large dab of mud. 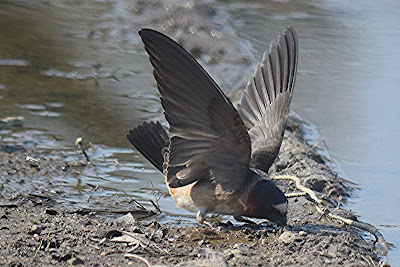 Their industry was constant as they applied themselves to the mud gathering task.There were many swallows and the activity reminded me  of a barn building bee that I had heard of or  had  read stories of such community building projects in the long ago. Every body was helping  in this group of swallows that I had observed, 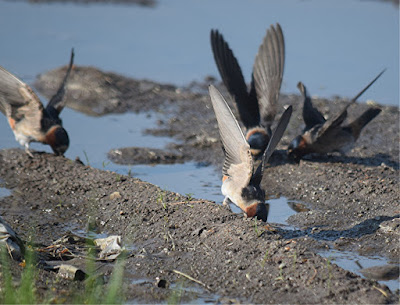 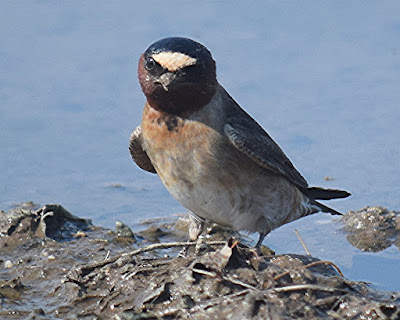 Above
is a solitary cliff swallow standing alone. Its amazing that with so much activity I was able to capture this solitary inactive pose
I was only able to see one swallow nest almost completed. there was a swallow just emerging from the nest under construction. 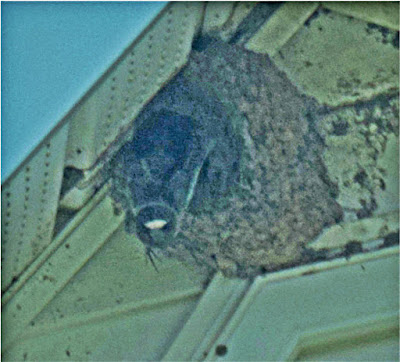 The outline behind the new nest shows the outline of a previous structure there as it was last year.The old nest had obviously been removed from the house, hopefully not until the baby swallows had fledged. I assume from the amount of activity taking place that there were many other nests being built yesterday.
I was enjoying myself with a ring side seat while sitting in my car with the window rolled down using my 300 mm lens to try to capture  much of the activity.  Some of the following pictures may help you get an idea of the beauty of what I was experiencing!  These swallows were such beautiful birds! 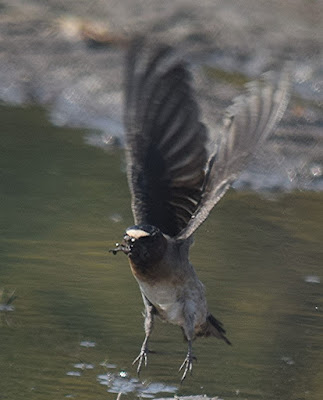 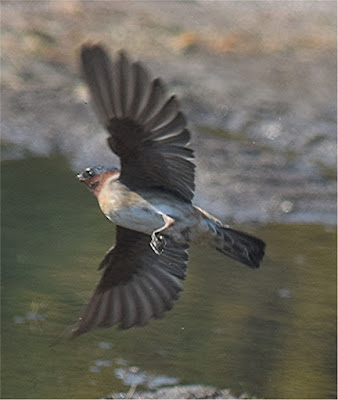 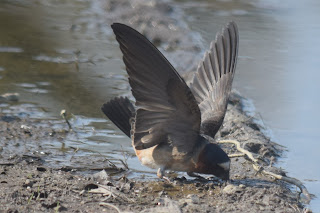 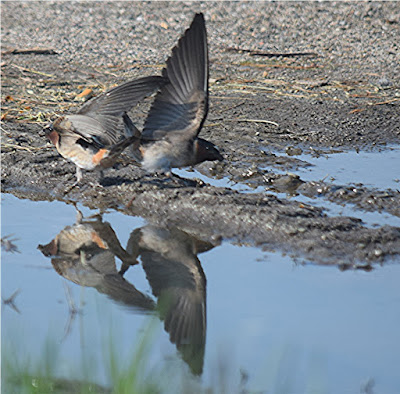 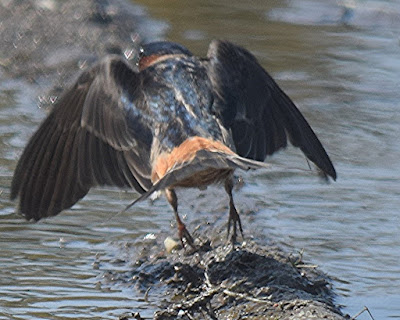 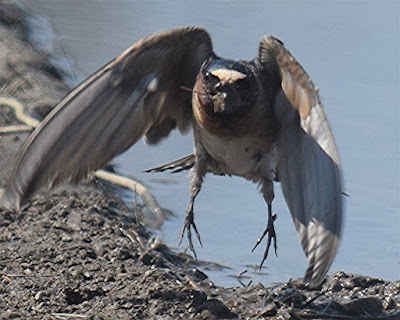 Hello, great sighting of the Cliff Swallows!
Have a happy day and weekend!