Gator Amongst Ice in The Kennebecasis River... 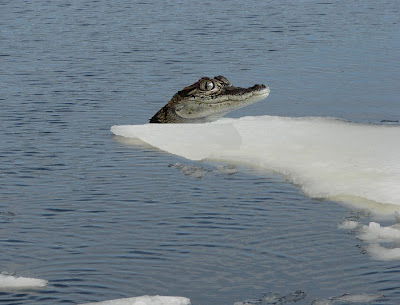 I couldn't resist a little photo editing silliness in the spirit of April Fool's Day.

The photo does show the Kennebecasis River near the Gondola Point Ferry crossing, taken this past weekend ... BUT ... the gator is actually a baby gator I photographed several years ago during a swamp tour near New Orleans.

The Fine Line Between Winter and Spring...
I have been wanting to take a picture of a Robin for weeks, and I finally had my camera with me when I saw this one (in a flock of many) this evening. As you can see, he has found the divide between snowy winter and the grass of spring. I like that he is sitting on the the spring side. I take it as a good sign. 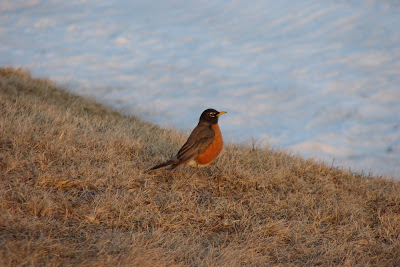 Bullfrog in a Pond: For Watery Wednesday

This bullfrog was photographed in a pond near Fredericton Junction, New Brunswick, Canada. The picture was taken years ago with my good old Sony Mavica camera. 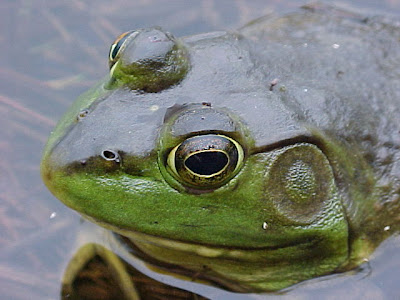 This is another picture taken years ago with my Sony Mavica camera. This little duckling was photographed at the Sackville Waterfowl Park in Sackville, New Brunswick, Canada. 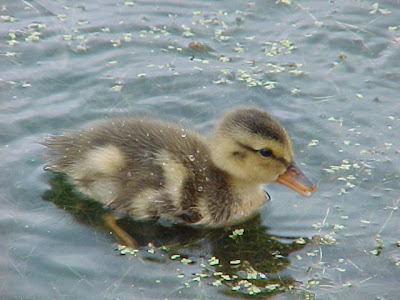 Posted by: "Guest Blogger" Riel. My thanks to Mellow Yellow Monday. To see other yellow-themed photos from bloggers around the world, just click on the link below.

After I uploaded this new header photo I had to laugh at how much it reminded me of the "Followers" grid on the sidebar ... although I guess in this case it isn't the deer who follow me, but me who follows them. 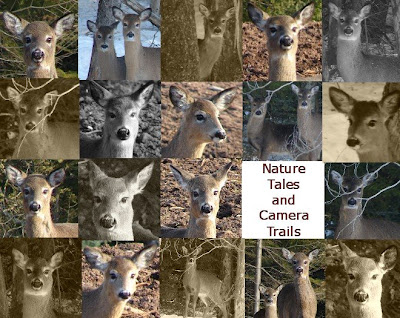 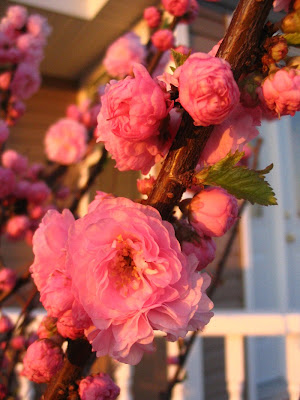 It will still likely be almost two months until this Flowering Almond tree in my front yard blooms this year, but on this sunny first day of Spring the wait doesn't seem so long at all.
Posted by: "Guest Blogger" Riel. 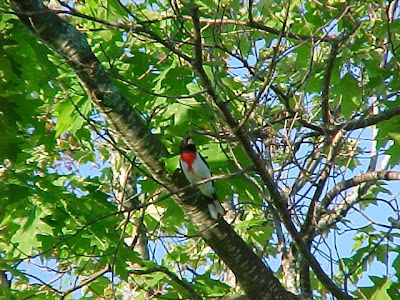 This photo showing a Rose-breasted Grosbeak in an oak tree is another one that I took years ago with my 0.3-Megapixel-disk-taking-"vintage"-digital Sony Mavica camera. This bird was photographed near Fredericton Junction, NB. He's got his red breast for Ruby Tuesday and is surrounded by lots of green leaves for St. Patrick's Day.
Posted by: "Guest Blogger" Riel. To check out other Ruby Tuesday postings from other bloggers around the world, just click HERE, or click on the Ruby on the side bar. My appreciative thanks to Mary/the teach for hosting this site.

For Mellow Yellow Monday ...
This cute little guy called the Lesser Yellowlegs (with of course yellow legs!) was photographed on Grand Manan Island, NB way back in 2003. I took the picture with my first digital camera, a Sony Mavica. I believe the camera had a whopping 0.3 megapixels and it used a full-sized disk to store the photos. How far digital camera technology has come since then!
Posted By: "Guest Blogger" Riel. Thanks to Mellow Yellow Monday. To see other yellow-themed posts from other bloggers around the world, just click the icon below. 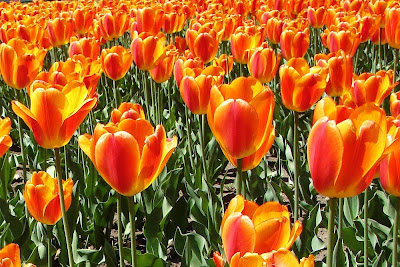 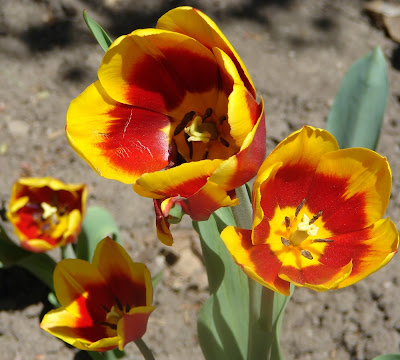 I couldn't resist posting a few more photos from last year's Ottawa Tulip Festival. Thinking of how many gorgeous flowers were there just makes me feel cheery -- even with all our snow still outside!
Posted by: "Guest Blogger" Riel. Thanks to Mellow Yellow Monday. To see other yellow-themed posts from other bloggers around the world, just click on the link below.

All Deer, All the Time: Take 4 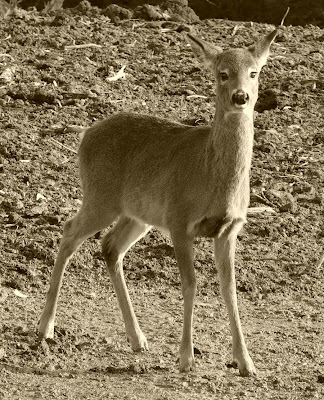 I saw this pretty little deer (one of eight) when I was walking yesterday. The deer was in a partially cleared area near the forest edge.
Posted by: "Guest Blogger" Riel 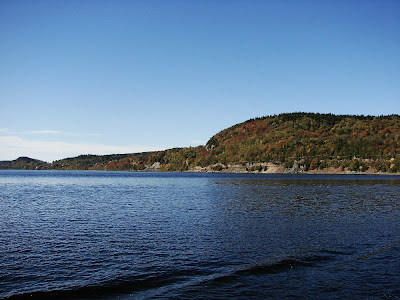 A view from the Gondola Point ferry while crossing the Kennebecasis River ... taken in the fall.
Posted by: "Guest Blogger" Riel. The theme of Watery Wednesday is water; for a variety of wet and wonderful scenes from other bloggers around the world just click on its name! 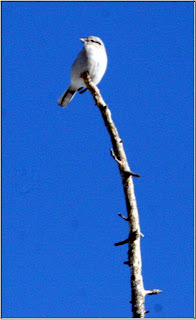 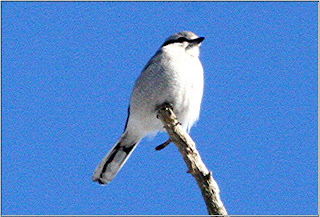 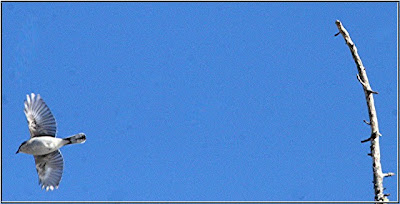 All Deer, All the Time: Take 3

I was pleased to see a group of six deer yesterday in a wooded area near my home. I went for a walk with the purpose of photographing them, so I was glad they cooperated and were where I expected them to be. They seemed curious as I talked to them, eventually coming a little closer. 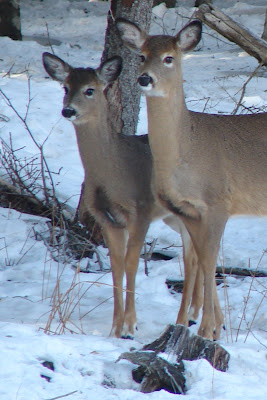 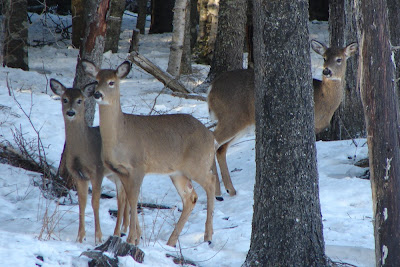 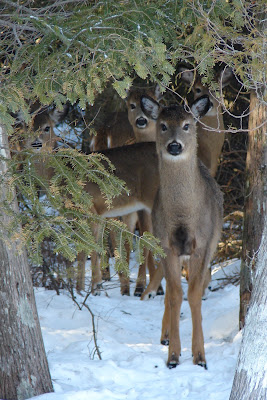