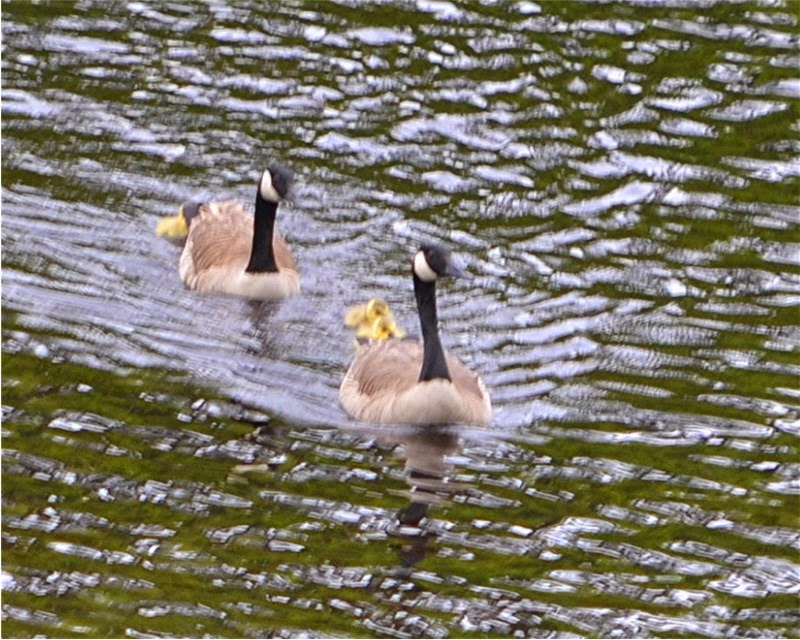 Sometimes I really get a surprise when I download my pictures! This morning, while standing on an observation deck overlooking the Oromocto river I saw something  moving across the river below.  It seemed to be something large moving but at first I couldn't make out what it was,.  Then I noticed the white neck notch on the moving objects which told me I was looking at a couple of |Canada Geese.  They were at quite a distant but I tried to take their pictures anyway. ( I never pass up an opportunity to take a picture of a bird!)


I was very surprised when I downloaded the pictures at home and  I saw four little yellow babies in the pictures following the adult Canada.  How I wish it were a better picture as this download has made my day! 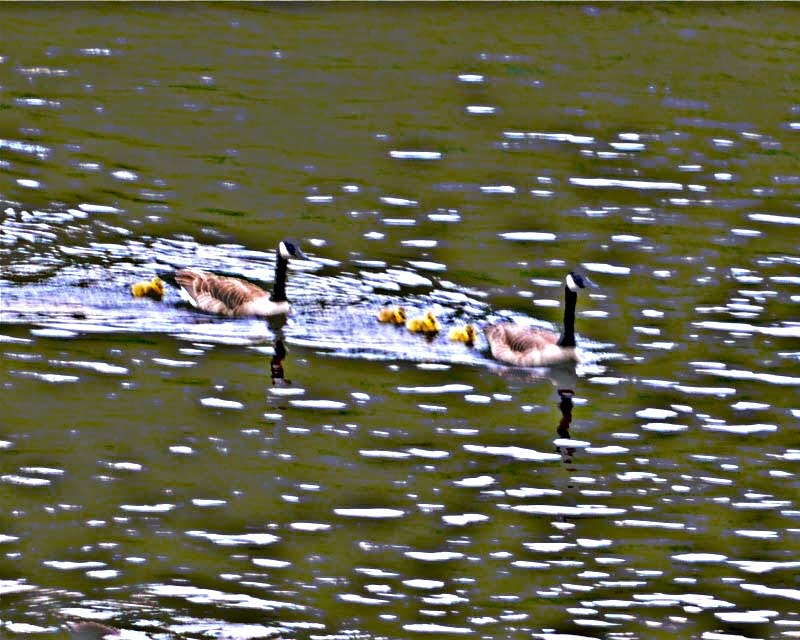 Can you see the four babies? 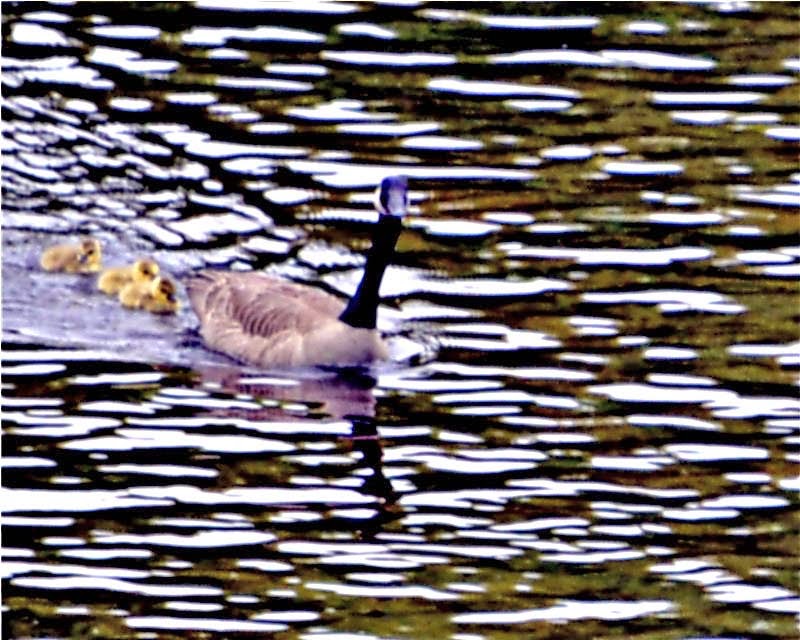 I have edited the above picture to try to give you a closer view of the babies.  I hope I am able to find them and see them again!

One day last week I saw a bird high on a branch of an old dead tree.  From where I was sitting in my car I couldn't tell what species it was, and initially I thought it appeared to be a pigeon as I saw a white patch on its back.  , but I was not used to seeing pigeons in the woods,and I was out in the woods on an old gravel road.  I took as many pictures as I could as I had my small telephoto on my camera ( 250 mm IS canon) or maybe it was my (300mm nikon) .
The fun began as I downloaded my pictures when I returned home and I could see the characteristic 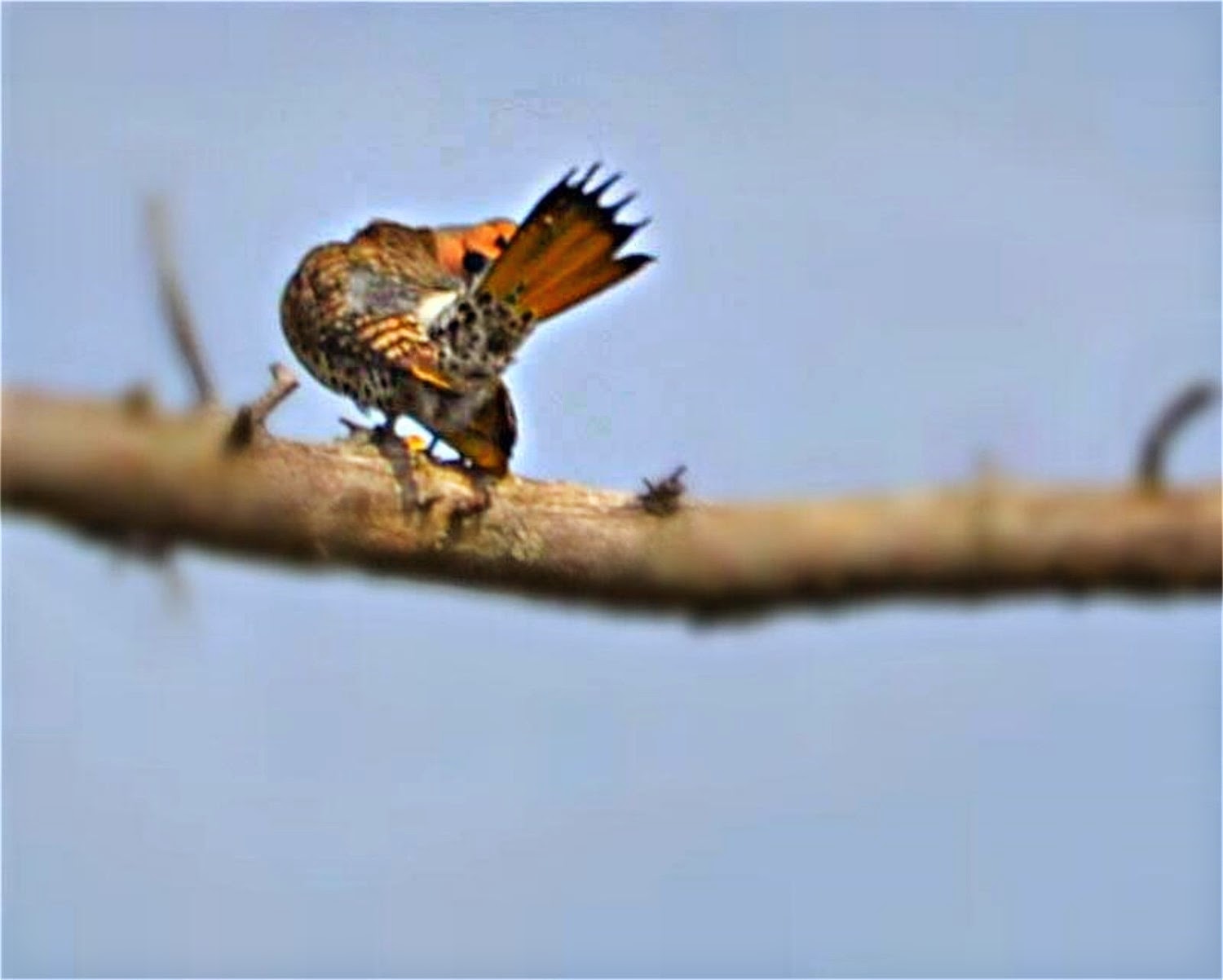 markings of a yellow-shafted taiga eastern northern flicker.  The markings on this species are ideal for identification and I started with the yellow shafted feathers as this bird had turned and raised its tail and the golden yellow could be seen underneath.  Have a look. I love this feature of this bird as the yellow colouring is so beautiful!

The first obvious markings that stated that it was a flicker was the black crescent shape on its breast.  This marking shouted flicker! 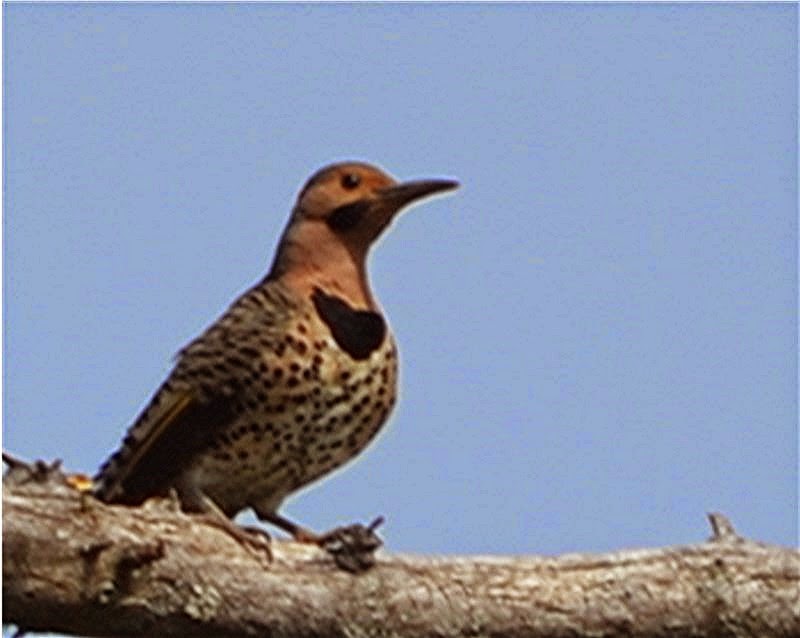 Also take a look at the photo above and you can see that the flicker has its claw wrapped around a twig jutting out from the branch, holding on! See its black crescent shape on its breast.
The eastern flicker also has a brown face and a black malar on its jaw as this one does . 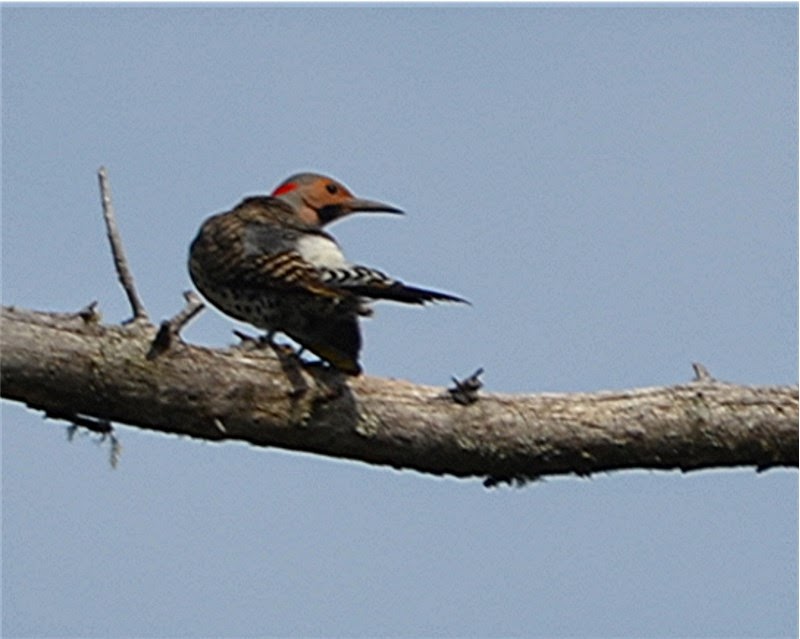 I had been confused about the white rump marking  this bird had and had not known that  this white marking is also characteristic of northrrn flickers.; but it is!

Also note the red patch on the back of this flicker's head. 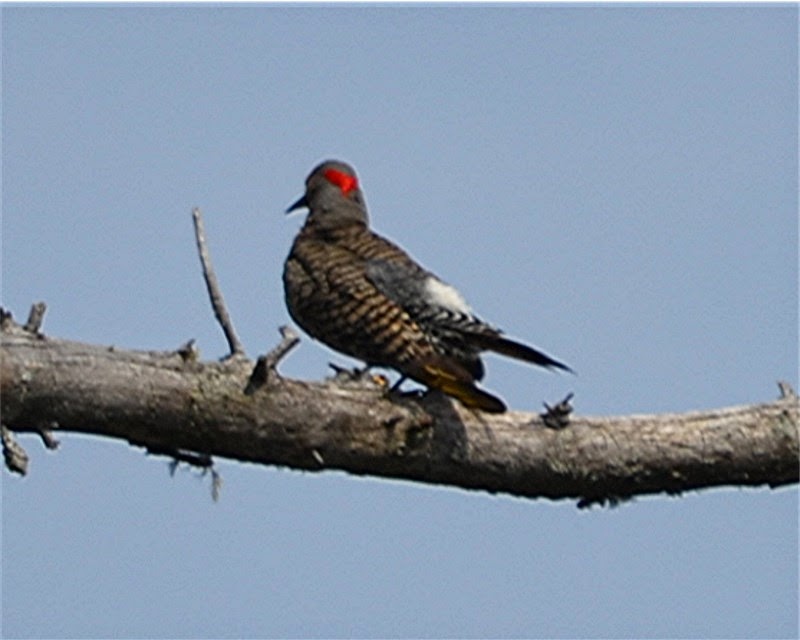 Usually I see Flickers flying off from the side of a road or else in a field , but this one high in the sky offerred me some good views of the whole bird while it was in a stationary position.

I saw a swallowtail butterfly in my yard yesterday and the lilacs are blossoming out so hopefully in a few days I will be able to post some butterfly pictures!
Wishing everyone a good day!