Transition period from summer to autumn

Yes, I know, the calendar dates now say fall, however our daylight hours recently have been filled with unexpected lovely warm temperatures.  and although our woodlands are being filled with gorgeous colours of the changing leaves  on the trees along our roadsides, our flower beds still contain beautiful colour and growth as well. 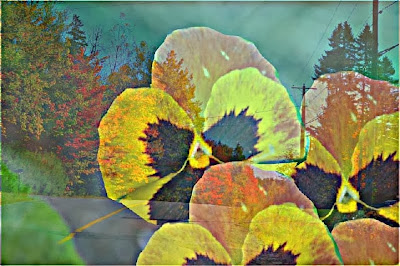 The End of Summer
The shuddering wind shook my house
Forgetting to whisper in its summer voice
It boisterously shouted; Jesting in its autumnal tones of summer's end! 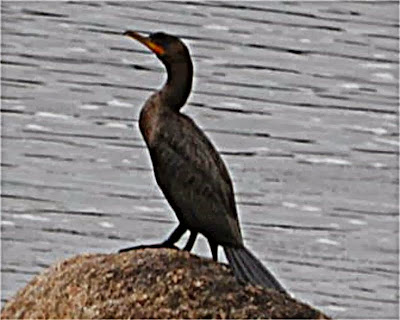 The first Cormorant that I saw  in 2013 was this morning, standing on a rock in the Oromocto River at Tracy.  I usually see Cormorants each summer but this was my first sighting this year. Perhaps it is in migration, just taking a rest on its way through the area.

The hatching of Baby Snapping turtles has always been a popular post so I have decided to repost this post of October 2, 2008.  This year we had  been  hoping to see baby turtles hatching again and had in mind that the date would possibly be around September 24th.  However a check at the egg laying site a week ago indicated from two exit holes there that the babies had already hatched so we missed them again this yeart.  It is not always so east to be so lucky as to be able to see the actual hatching take place , so this post was one of extraordinary luck and it was a wonderful event to be opresent at and to observe.  I do hope you enjoyt this repost!

We had hoped we might be lucky this fall and would get to see a few baby Snapping Turtles emerging from their nest sites at locations where we had seen adult Snapping Turtles laying their eggs in June, earlier this year. We had seen this occurrence a couple of times before but this year found only remnants of shells scattered about where the nests had been. At least three nest sites had been dug up and destroyed by some four legged creature.
.
What follows is a description of what we had seen on October 1st, 2000, eight years ago. The pictures, which don`t show a lot of sharp details were taken with my first digital camera which had less than one megapixel, however I feel they are photos worth sharing. 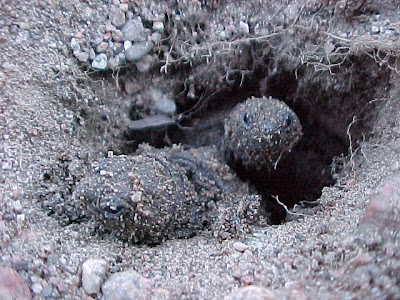 Hello world!
October 1, 2008:
" It looks like you got there at just the right time. Gritty looking bunch, aren't they? It had been so long that you were watching the nest I thought you must have missed your chance ." 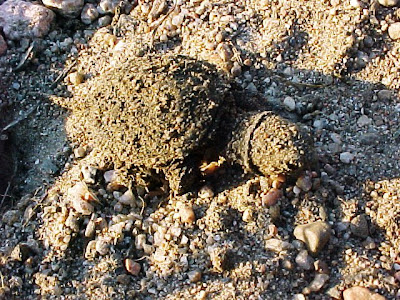 Those comments which I had received from my son, after having sent him some of the pictures I had taken of twenty baby Snapping Turtles emerging from their nest reflected my thoughts also; for after having watched the nest site since the laying the eggs on JUNE 27, 2000; I too began to think that perhaps we had missed the hatching. 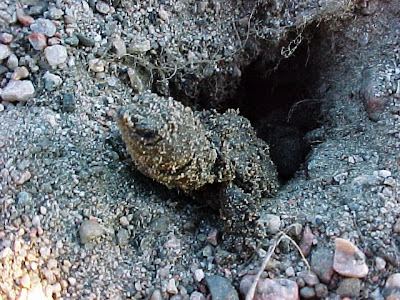 However on OCTOBER 1, 2000, I arrived at the nest site at exactly the right moment to see a baby Snapping Turtle emerge at 5:51 pm. My last picture was taken at 7:19 pm of turtles 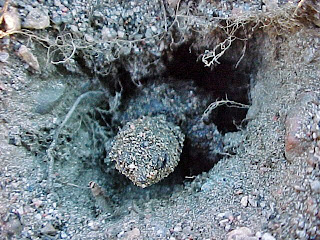 number nineteen and twenty both coming out of the hole in the ground. We think that maybe the first one to leave the nest was the one that I had observed upon my arrival. We had kept checking the nest site since about 2:45 pm that day; as an enlarging hole in the sand had been detected by our neighbours, who had also had become members of our turtle watch team. The monitoring of the nest site had taken on a special focus for us and became a reason for a morning walk most days during the summer 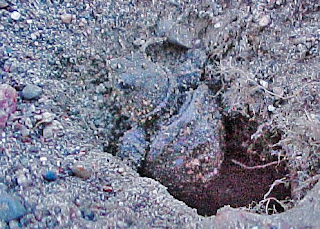 months. I didn't really expect to experience the exact moment in time of the hatching, but at least thought I could perhaps make note of the time when/if the possible destruction of the nest may have occurred by predators, or perhaps could have noted when the babies might have emerged from their nest by signs of soil disturbance at the nest site. 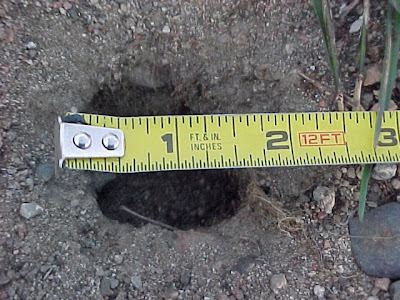 I didn't know what to expect but discovered that one hole of about 1 1/2" in diameter was the exit for all of the turtles. And as my son had commented, they certainly were a gritty looking bunch, as they were covered with sand as they came out of the hole. 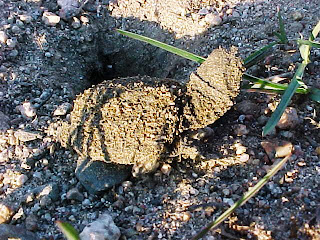 As they dried off a bit in the late afternoon sun the details of the shell could be detected, and the distinctive serrated edge at its shell back could be easily observed. 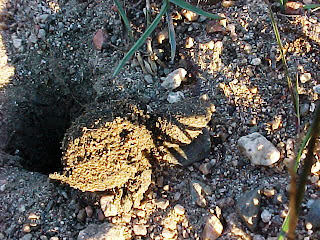 I noticed a couple of them open their mouths. They emerged one at a time with a few minutes between each appear -ance; however the last couple or so seemed to come out closer together. They were so tiny! To visualize their size; place a Canadian two dollar coin in your hand and that would be comparable to their shell size. Then add to the coin size; a head, four legs and a tail slightly longer than the diameter of the coin. 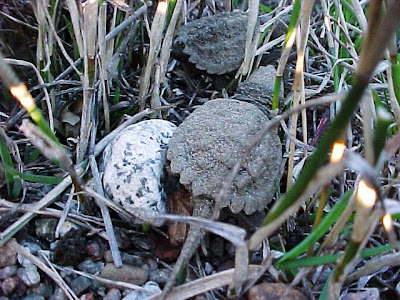 Our vigil ended as darkness approached and the last two baby snapping turtles slowly made their way over the embankment that the female turtle had climbed in June to reach the nest location where she had laid the eggs. This certainly was a unique experience that we were so very fortunate to have observed.

You're back early this year
or does it just seem that way to me?
I've seen the advance notices of your coming 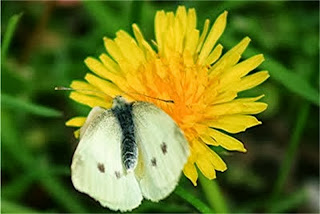 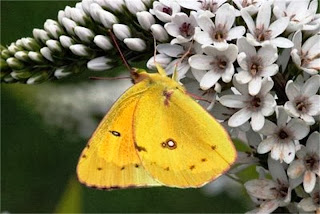 flit about in the afternoon sun with programmed purpose 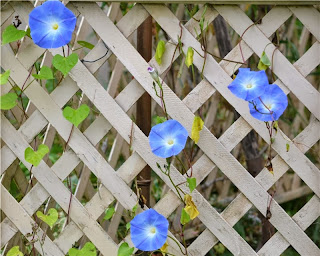 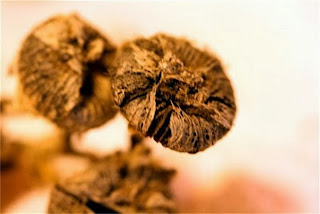 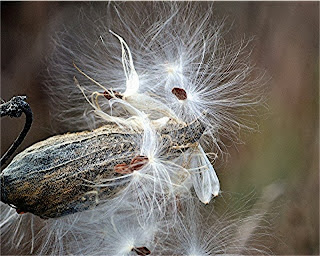 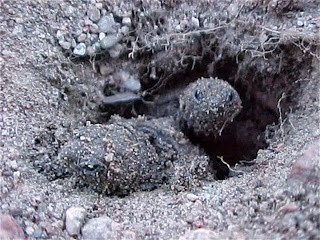 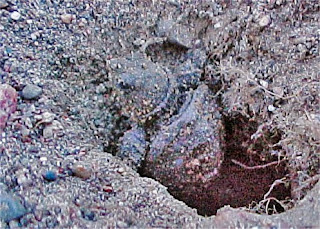 Encroaching early evening darkness
proclaims a departure of long summer days
and the reds and yellows and oranges of turning leaves
trumpet your return.... Welcome back!