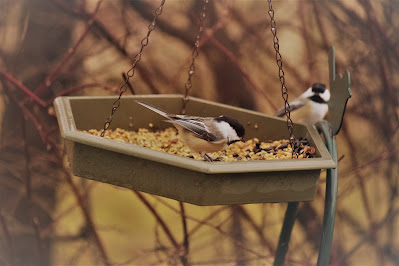 The day after a very wet, windy, rainy Christmas day and the bird feed in the bird feeders must be very soaked but that does not deter a group of chickadees from feeding there. Also present there was  a female Cardinal which does not appear very often but I did not get its picture!   and of course the Bluejays have also shown up.

However the prize sighting for me today was a White-breasted Nuthatch, which has been dropping by to feed quite often . but I have not been able to capture its picture until this morning that is! 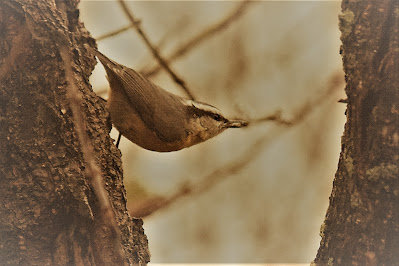 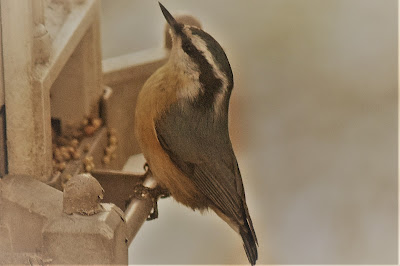 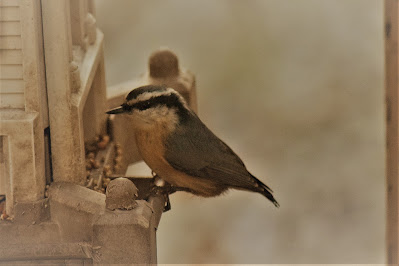 I am always very delighted to see a Cardinal in Bird Alley. Its colour is so bight and outstanding! Its like seeing it for the first time!  As a child I had never seen a cardinal and so when one appears at our feeders, its like OMG!  Look at that bird! 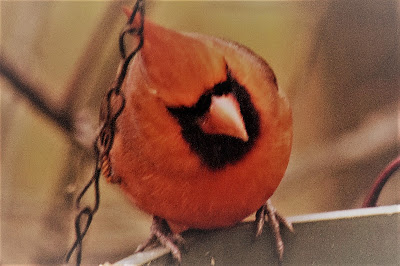 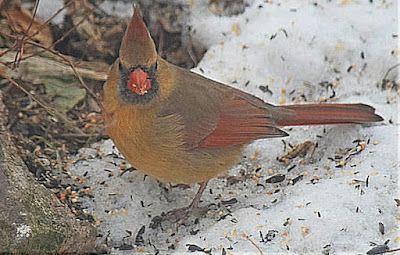 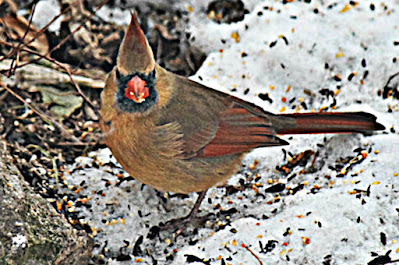 The femal Cardinal has the sameness of beak colour but her feathers are more subdued looking being of a fawn or brownish shade.
I am linking today to Eileen's  Saturday Critters meme which can be found at:
virwingnaturewitheileen.blogspot,com
Have a healthy, safe  and wonderful weekend everyone!