Although ts late in the year I am still finding Wood Ducks, though not many.  On Saturday last I found four ; 3 males and two females. 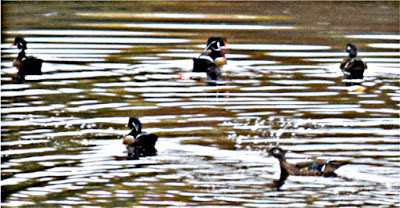 The most interesting thing about this duck sighting was the reflective water in the background. There it appeared to be perhaps  some sort of autumn Northern Lights representation and the floating leaves dotting the water could have been stars in the autumn night sky.   Whatever it appeared to be I was entranced with the scene portrayed there in the water
serving as a spectacular backdrop for the lingering Wood Ducks there. 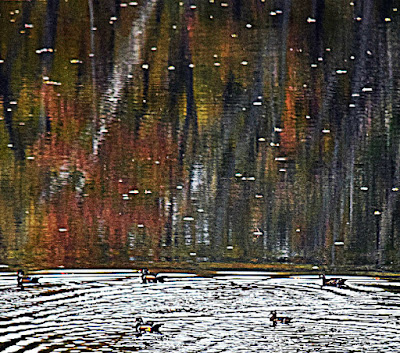 Hello, I love the colors and reflections. Nice sighting of the beautiful wood ducks. Happy Tuesday, enjoy your day!

Thanks for one’s Good posting! I enjoyed reading it, I want to encourage you to definitely continue your great writing, have a nice evening! keeping this website