Yesterday while out driving I approached a small highway bridge where I often see an Eastern Phoebe and it wasn't on the bridge sidings.  To early I told myself but I stopped midway on the bridge and rolled my car window down and much to my delight! 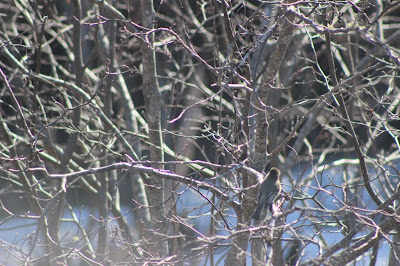 I saw a small bird fly into a group of small bushes midstream there and it was an animated Eastern Phoebe making many Phoebe sounds.Srpring is so wonderful; with its loyalty to time and place!