It had been quite a while since I had seen a Bittern but this morning I didn't immediately recognize it.  It seemed to be a large bird crouched over when walking which I thought as strange.  Then it stood up tall and I thought ah ha! A Great Blue Heron but I did notice the obvious striping at its neck and as soon as I got home I looked in my Sibley's guide to birds and it was then that I saw a picture of an American Bittern and I immediately knew that I had seen a Bittern and the crouching and hunching that I had seen fit right in with the appearance of the bird I had seen and it wasn't a Heron as I had originally thought! 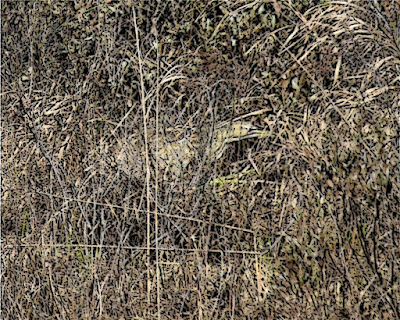 Look carefully and you will find the Bittern crouching in the grass. 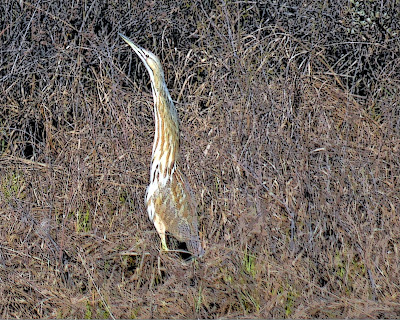 Look at the handsome striping at this big bird's neck! 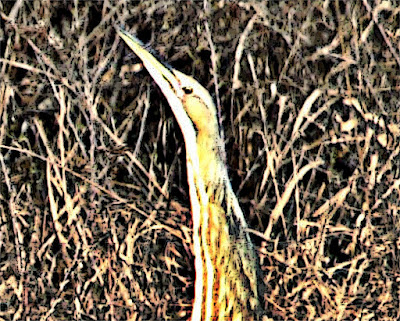 And you might have noticed that this Bittern    appears  to have a snootsy attitude with its nose ( beak ) stuck up in the air.  Yes, you were right as that is one of the characteristics of this handsome bird!

Great sighting of the Bittern! Happy Monday, enjoy your new week ahead!